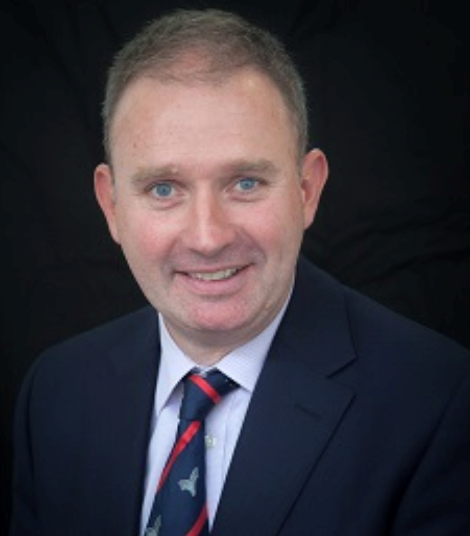 What is your current position?

Chairman of Audit and QI Committee of VSGBI

At what point in your career did you develop your

As an SHO in Leicester, I worked for Sir Peter Bell for 6-months, long-days and no holidays, but I was enthused by how vascular surgery calculably saved lives and limbs. I was hooked and went back to work as a research fellow 2-years later on the early EVAR development in the UK. It is amazing to think about in now, but over 40 EVAR grafts that I had hand sewn were implanted in AAA patients.

How and when did you become involved with the National vascular registry and PAD Quality improvement programme?

I have a long standing interest in surgical outcomes and comparative audit, going back to 1998, when I worked in Portsmouth with Dave Prytherch, who developed POSSUM outcome models and worked on National Vascular Database data. The NVD was the predecessor of the current NVR. I was then fortunate enough to join the Audit and QI Committee of the VS when I joined the Council in 2012. The PAD-QIF programme was stimulated by the first National GIRFT report that had highlighted poor and variable outcomes for patients with CTLI. As Chair of the Audit and QI Committee I co-ordinated the VS response to the GIRFT recommendation to develop a quality improvement programme for PAD and involved great team and all the relevant stakeholders in developing the PAD-QIF document and the subsequent Quality Improvement programme.

surgery in the last 10 years?

Do you have a key mentor who deeply inspired your professional career?

Professors Peter Bell, Rob Sayers and Matt Thompson all in Leicester. I remember going to the Victory Pub, just outside Leicester Royal Infirmary, with Rob Sayers on a Friday night after a particularly busy week for a couple of pints, we were both still sitting at the bar at closing time, by which stage I had been persuaded vascular surgery was the career for me!

What have been the best and worst moments during your career?

The best year was probably my fellowship at the Royal Adelaide Hospital, hard work, but lots of great memories. I think the most difficult time related to the recognition of the failure of Endovascular Aneurysm Sealing (EVAS) and the impact this had on the patients we had treated with this device.

What has been your greatest achievement, award or honour?

The most rewarding period of my career has been over the last three years as Chair of the Audit and QI Committee, I have been fortunate enough to work with a great team and we have achieved a lot, in particular the PAD-QIF work, the appointment of two QIF fellows, the work to capture devices and longterm outcomes in the aortic dataset and the rapid response of the NVR to the covid crisis by the addition of covid specific datafields.

How do you see the role of vascular nurses changing in the future?

I think the vascular nursing role is vital to a successful vascular unit. I foresee that the role will develop further and take on roles that were formally done by the medical staff, this may include more autonomy in clinics, potentially assessing emergency vascular admissions and for those who are interested developing technical skills, for example varicose vein interventions. I also think there is a vital role for Vascular Specialist nurses in the non-arterial centres in providing vascular expertise, advice and support to the local clinicians.

How important are vascular nurses to the PAD quality improvement programme?

Very important, I think the model we have of a vascular specialist nurse led daily CTLI clinic with consultant support has been a huge step forward for these patients.

Did you always want a career in medicine, or did you have some other options?

No, I never wanted to be a doctor at school, but was told to apply to medical school, as I was good at science. Not sure what I would have ended up doing if I had not been a vascular surgeon.

What might someone be surprised to know about you?

I have stakes in a race horse and a pub, neither good investments, but fun!

Do you have unaccomplished goals in your career that you are yet to achieve?

I am very keen to continue to work on the PAD-QIP. We were successful in obtaining RCS and Circulation Foundation Funding for two research fellows and I hope their work will lead to tangible improvements in the pathways of care for patients with CTLI and ultimately reduce amputation rates. I am also very keen to continue work on device capture in the NVR so that we can monitor long-term patient outcomes and device performance and drive quality improvement for AAA patients.

Thank you for your ongoing support of the CF.…

Supporting you on your aortic dissection journey

A free online resource for people with, or at…

The Vascular PAD-QIF CQUIN: what is it, why is it important, what does it mean for vascular units?

The Commissioning for Quality and Innovation (…

Earn your T-shirt and medal at home or away!

Enter now and Celebrate You in 50 days' time!
Add your fundraising Event Publish your own story

WORKING IN PARTNERSHIP WITH: